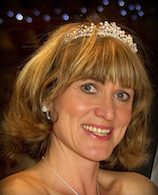 Jane Coulcher (BA Hons Durham, ATLC, LTLC distinction, FTLC) plays the flute and harp to a professional standard. Her performances have been broadcasted on the BBC, Channel 4, Sky Television, Radio 4 and on European and Canadian radio.

Jane has performed at many notable venues around the world; in the UK these have included the Purcell Rooms, the Albert Hall, Southwark Cathedral, St Martin-in-the-Fields, the O2 and the Royal Festival Hall.

She has played for Sir Paul McCartney, Sir Elton John, Dire Straits, Phil Collins and Sir George Martin, amongst others.

As well as playing solo, Jane enjoys chamber work, playing in orchestras, or in duos, trios and quartets. She has also played in the SHAPE military band and ‘Karolinka’, a folk dance group.

Jane has made three solo CDs (recorded at the BBC studios and AIR studios) and has participated in many orchestral CDs such as ‘Women Write Music’ and ‘Voices of Promise’.

Music has been written for Jane by the renowned musician and composer David Snell, and she has performed for the New Music Foundation.